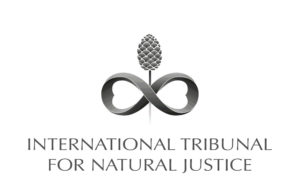 In early November 2015, the ITNJ received an application from the Unified Common Law Grand Jury of Southern Africa (‘UZA’). UZA wanted the ITNJ to intervene in a number of constitutional issues perceived to be occurring in Southern Africa, at the fault of the Republic of South Africa and “all its agents”.

At 8AM (GMT+2) on Tuesday 1 December 2015, the ITNJ held its first directions hearing, for the matter of the Unified Common Law Grand Jury of Southern Africa (‘UZA’) v Republic of South Africa. The hearing was conducted virtually, to allow for multiple parties from multiple places to attend. Chief Justice of the ITNJ, Sir John Walsh of Brannagh, presided over the matter from his Chambers in Melbourne, Australia. The Applicant UZA was represented at the hearing by its Administrator, Brother Thomas, and Counsel, Miss T, who both attended the hearing from Cape Town, South Africa. Unfortunately there was no appearance from the Respondent. There were some issues with service of the application onto the Respondent.

The purpose of this directions hearing (like any other directions hearing) was to assist the parties to come to an agreement, namely by determining where they each stood in the action, and to assist in clarifying if not resolving particular issues. Despite the absence of any appearance by the Respondent, Chief Justice Walsh of Brannagh assisted the Applicant in narrowing the issues in dispute. In its application, UZA listed potentially hundreds of defendants in the matter, as each individual “officer of the Republic of South Africa” was identified as a co-defendant. His Honour explained that if hundreds of people were parties in the matter, each person had a right to present his or her own individual case. Naturally, this means that there would be hundreds of hearings, which could take many months if not years. Ultimately, His Honour concluded that only those truly responsible for alleged wrongdoing are appropriate Respondents in the matter, and that just because someone is a public officer of the Republic of South Africa, does not automatically mean that he or she has done something unconstitutional. UZA also made a lot of claims in its application, and yet was not clear on the remedy it sought, which therefore meant that it was unclear what assistance it sought from the ITNJ. After questioning at the directions hearing, Brother Thomas acknowledged that UZA did not want to pursue every specified claim, but rather, these claims were examples of the underlying problem. Ultimately, His Honour assisted UZA in categorising all of its ’sub-claims’ into one large claim, which will be the subject of this matter moving forward: that although the Constitutional Court of South Africa is a valid court, its agents, namely the Justices of the Court, have been acting in contravention of the Court’s mandate as established under law.

Orders were made, primarily requesting UZA to clarify in clear, unequivocal and succinct terms, the parties in the matter; what it is claiming; and what it is seeking from the ITNJ. A further directions hearing will be scheduled upon the satisfaction of the orders, to assess the progression of the matter and to allow the Respondents an opportunity to attend and be heard. The Constitutional Court of South Africa was added to the court record as a Respondent, together with the Republic of South Africa, and as such, moving forward, the proceeding is listed as Unified Common Law Grand Jury of Southern Africa (‘UZA’) v Republic of South Africa, and Constitutional Court of South Africa.